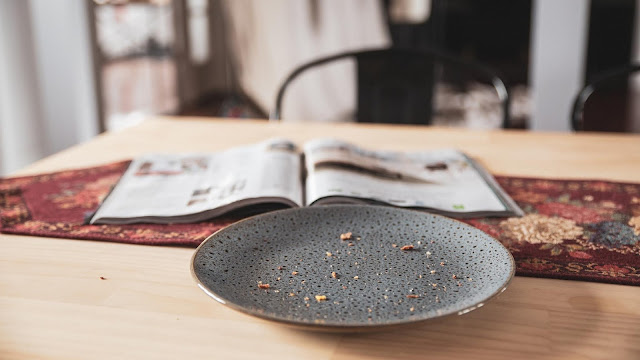 For the sake of simplicity, let's put everyone in the world into two groups:

While the Naturally Neat person may live with a lot of clutter (that is, unused and unloved items that do not contribute to the quality of his life), that clutter is usually organized.  Baskets, bins, shoe bags, spice racks, and elaborate closet systems are essential to this person's home.  There may be a ton of extraneous stuff, but you better believe it has a place to be.

When the Naturally Neat person decides to become more minimalist, he may struggle to decide what to keep and what to remove because all of his stuff is "good" and he doesn't want to "waste" it.  However, once he achieves an uncluttered home, he's happy to continue his long-time cleaning routines and other habits to keep his space tidy.

The Not Naturally Neat person is not prone to organization.  Her things may be very randomly distributed, and she may spend a lot of time looking for what she needs among piles of things she doesn't.  Baskets, bins, and silverware organizers might exist in her home, but they are usually untidy, and often contain miscellaneous items that migrated there from somewhere else.

When the Not Naturally Neat person decides to become more minimalist, she is usually highly motivated, because her house frustrates her every day.  But she may find it hard to declutter because her belongings are so scattered – it's hard to tell just how many clothes, dishes, books, toys or other items there really are.  Once she succeeds in paring down her possessions, routines such as "everything in its place" and "clean as you go" may be new and need a lot of practice.

The Naturally Neat person may think, "I've totally got this minimalist thing!  My home is going to be so easy to maintain!"  And if he lives alone, he might be right.  But how many Naturally Neat people live with someone who is Not Naturally Neat?  That changes the equation a bit, so the Three Little Words (I promise we'll get to them!) might be helpful there as well.

When something is out of place – a pen left on the coffee table, a loaf of bread and the peanut butter left on the counter, or someone's gym shoes on the living room floor – the Naturally Neat person sees it immediately.  He can't help himself.  His radar is that sensitive.  He hurries to pick it up and put it away without even thinking about it.  He does not understand how his Not Naturally Neat roommate is able to walk right on by.  Can't she see it?

The answer is yes – sort of.

Yes, she sees the offending item.  But it's not at the forefront of her mind.  Maybe she's thinking about another task she needs to do.  Maybe she's trying to remember the words of the song that's stuck in her head.  She may (unconsciously) tell herself, "I'll get that later."  She might even pass the item several times, and each time think, "Later."  She will probably eventually take care of it – that is, if her Naturally Neat roommate doesn't get to it first.  (He undoubtedly will.)

If you are struggling to minimize your home and keep it clutter-free, you may laugh at the idea that a pen or a jar of peanut butter or a pair of shoes really makes that much difference.  To all those Naturally Neat people out there, here's the truth you need to know:

No, one item out of place doesn't make much difference
in the big scheme of things.

I know that's not what you want to hear, dear Naturally Neat person, but it's the truth, so keep calm.

However, there is a problem, and it's one that the Not Naturally Neat person needs to address.  It's a matter of the mind, not of the stuff.

The problem is that pervasive thought, "Later,"
because "Later" never comes.

If you are Not Naturally Neat, here's my suggestion.  Live your life, but try to listen for "Later."  It will take some practice to hear yourself think it, but keep listening and you will.  Soon, you'll walk into your bedroom and you'll see a used Kleenex on the dresser, and you'll hear yourself think, "I'll get that later."  Normally, you would walk right on by, but now you have a choice.  The difference between order and chaos hangs in the balance.

Now is the time for the Three Little Words, and you must say them to yourself as cheerfully as possible:

My dad used to say, "If it only takes a minute, do it now."  I hated that.  It's only a Kleenex, or a pen, or a towel, or my keys, or turning off the lights, or wiping up crumbs on the counter, or removing that toothpaste splatter from the bathroom mirror!  What's the big deal?

But it is a big deal.  It does make a difference.  Many, many tasks fall into that one minute category, and they really aren't onerous at all.  But if I procrastinate or neglect them, they multiply, and pretty soon I'm surrounded by dirt and piles and clutter.

"Do it now."  Take a moment and do it.  Pick it up, throw it away, put it away, wipe it up.  When you do it over and over again, the mess, the frustration, and the strife will disappear.  It's like magic.

Do it now.  It will change your life.

NOTE:  Gender designations in this post are not intended to be sexist.  "He" and "she" are used for ease of expression.

Photo by Caroline Attwood on Unsplash 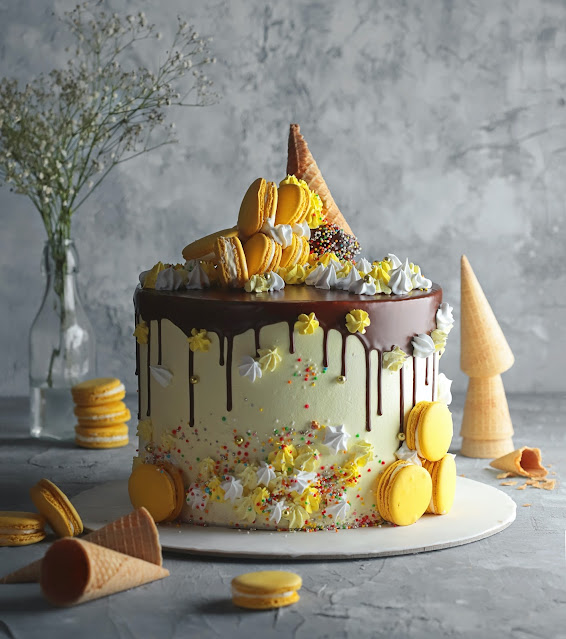 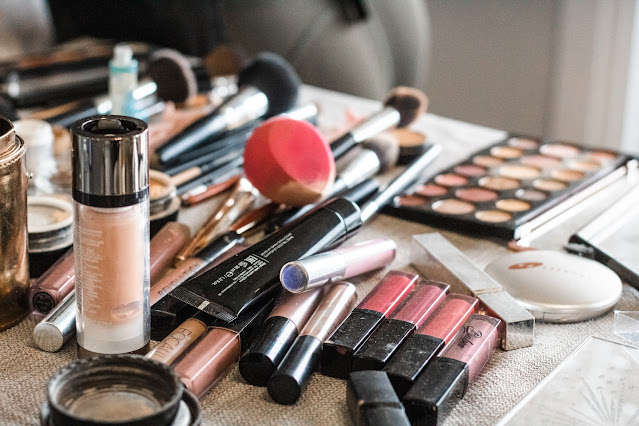 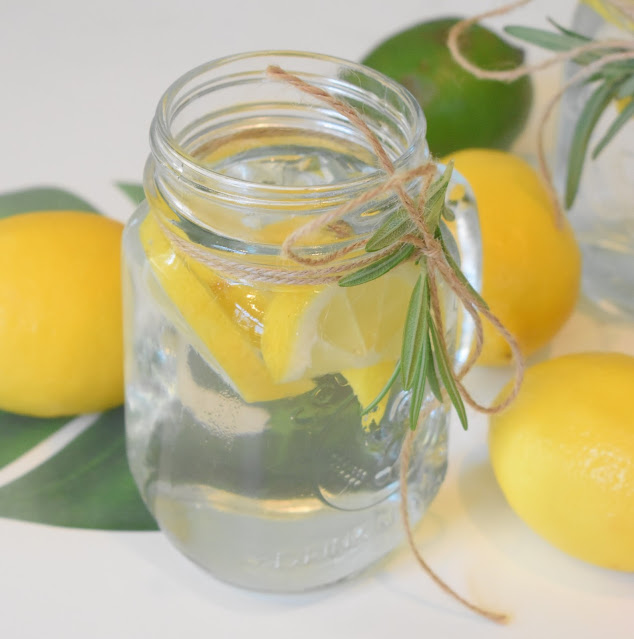 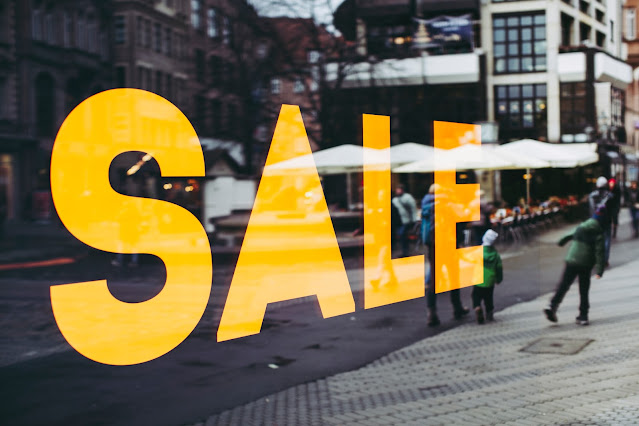 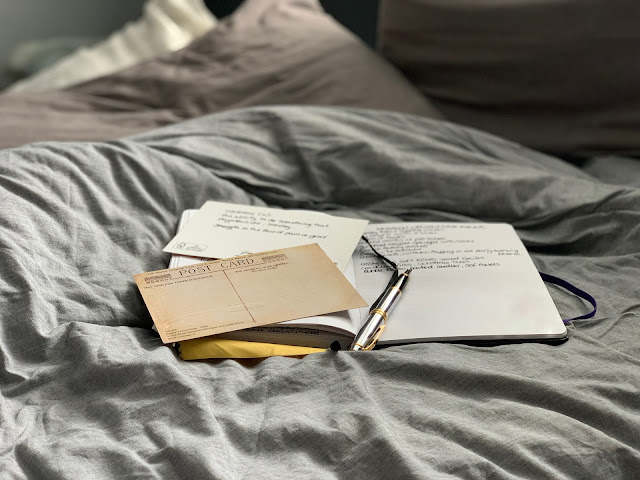