The No Money Weekend "Family Edition"

It's the time of year when families are anticipating the summer break with no school and long, hot hours of free time.


We all know that a vacation can be very expensive, but perhaps you've saved and have a plan to pay for that special trip.  However, weekend activities are often not so carefully planned, even though it's possible to spend several hundred dollars in a couple of days.  Families eat out more on the weekend than during the week.  Add a visit to the movie theater, amusement park, or the mall, and weekend spending goes even higher. 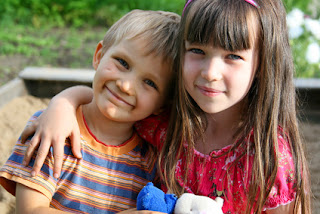 An anonymous reader had several questions after reading an earlier post about toys:

… I have two rather small children myself and my story resembles yours in so many ways....  How [do] your kids feel about this change today?  Do they remember?  Do they hold any grudge against you for introducing them to minimalism or are they thankful?  Are they minimalist themselves today?

I left a quick reply to this reader from Norway:

My kids are not minimalists themselves, but their homes are clean and tidy (though I find them crowded).  They do remember, and they've never expressed any grudges about having fewer toys.  I think I became better at choosing toys they really wanted, rather than buying stuff that caught my eye that they didn't really care about.  They had fewer things, but more cherished things....

Since then, I've continued to think about these questions.  Thank you, friend, for your thoughtful inquiries!

I needed to remind myself that minimalism is not a one-size-fits all concept.  It looks different for everyone.


Read more »
Posted by Karen Trefzger at 6:00 AM No comments:

When our children were 9 and 12, we embarked on a very ambitious read-aloud project.  My husband and I had been fans of J.R.R. Tolkien's The Lord of the Rings since we each read the epic in our teens.  In anticipation of the release of Peter Jackson's film, The Fellowship of the Ring, we wanted to reread the entire work, and also give our kids the chance to experience the novel as Tolkien created it, before their imaginations were influenced by the film interpretation.  Thus we committed to spend approximately one hour each evening, all through the summer and fall of 2001, reading aloud that massive and beautiful saga.

I did the bulk of the performance, since I am the more dramatic reader and can do "voices."  And it was a performance - a demanding test of my fluency, expressiveness, and stamina.  My husband kept me supplied with soothing Earl Grey tea, and our family quickly became immersed in the tale of Frodo and his companions.  The kids clamored for more every night, and this became the high point of our family life at that time.  Our kids even taught themselves the runes that Tolkien had created, and would write notes to each other in that script.  When the movie premiered in December, they were legitimate Tolkien fans.

If we had not read to them from birth onward, we could never have attempted or finished this journey together.


Read more »
Posted by Karen Trefzger at 6:00 AM No comments:

The Joy of Cooking?

The message is that good parents, particularly good mothers, cook for their families.

7 Secrets of a Clutter-Free Family Home

My husband and I live in an 800 square foot (about 74 square meter) apartment.  When people come over, they always remark that it is so clean.  I actually think they mean tidy and clutter-free.  But having things put away makes it seem clean.  Honestly, if you stopped by my house unannounced, most of the time I could invite you in and not be at all embarrassed.  That is liberating.


When our children were young, we lived in a house that was about 1200 square feet (about 111 square meters).  Compared to the average American home, that is small, but my house was usually fairly tidy then too.  Even if the kids were in the middle of playing one of their epic pretend games, with dolls, stuffed animals, play dishes, dress-up clothes, Lego creations, and lots of homemade props, we could make the house "company ready" in a pretty short time.

11 Simple Needs of the Minimalist Baby


A young couple I know went into debt preparing a designer nursery for their first child.  At a baby shower for this young mama-to-be, gifts included dozens of cute and complicated newborn-size outfits, miniature patent leather shoes, two baby monitors, a white noise machine, a light-up musical mobile, and an elegant pram-style stroller that was very heavy to lift and probably too large to fit into the trunk of a car.

Family and friends were eager to welcome the new baby, and wanted to show their love by giving gifts.  But the cute gadgets and clothes, though fun to shop for and to give, weren't really going to meet the baby's needs.  Expensive clutter had been given in place of useful necessities, which would still need to be purchased.

Giving birth and caring for a newborn are wonderful but stressful activities.  Why add debt and clutter to sleep deprivation and first-time-parent anxiety?

Just as more and more adults today are proudly wearing the badge "BUSY," so too are more and more children.  Too busy to stop, to engage with others, to listen, to observe, to pay attention, to reflect, to imagine, to properly rest.

The conventional wisdom is that we must multi-task, we must be on the go, we must push to have a valuable life.  We teach our children that they must do the same: reach for the proverbial stars, or be doomed to a second-rate existence.  We use social media to advertise our successes, making sure our activities, achievements, vacations, and celebrations will be envy-worthy.  What a false and dangerous pursuit.  As a result we are all anxious, acquisitive, insecure, and unsatisfied.

The Joy of Creative Deprivation

One of the big traps of lifestyle inflation is what blogger Trent Hamm calls the "repeated splurge".

When your income goes up, it's very tempting to indulge in that treat more often.  The problem is that as soon as a splurge becomes a regular event, it stops being special and becomes completely ordinary.  You adapt.  Something you used to think was a great treat is now just an everyday routine… except now the everyday routine is far more expensive than it used to be.  You're not any happier, you're just spending a lot more and you no longer savor something that used to be a treat.

Minimalism is not just for nomadic bachelors and downsizing seniors.  It's for everyone, including families with children.  Dealing with issues of clutter, debt, competition, dissatisfaction, busyness, and stress, while discovering true value, peace, gratitude, mindfulness, community, and abundance benefits everyone.  So in honor of Mother's Day (Sunday May 12th in the U.S.), I'm going to devote several posts to issues involving minimalism and parenting.


In 1995, I was a typical American mom.  My kids got toys on their birthdays, on their half-birthdays, at Christmas, on Valentine's Day, in their Easter baskets, on the first day of summer.  I didn't think I was spoiling them, since we knew several families whose kids got a toy every time they went to McDonald's or Target.  The fact that my kids' toys covered the floors of their bedrooms and half the living room as well seemed a normal part of family life.  And me yelling at them to put their toys away?  That was a normal part of life too. 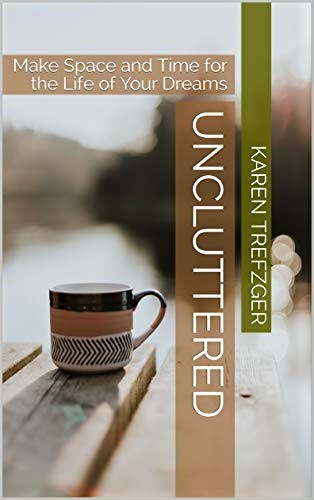 "Uncluttered" available now on Amazon in both paperback and Kindle editions.

"The Minimalist Family" available now on Amazon Kindle and in paperback