The End of a Remarkable Era

I'm not surprised by my strong reaction to the death, reported yesterday, of Britain's Queen Elizabeth II.  Her long life covered nearly a century of tumultuous change, and she was one unchanging figure on the world stage.  Her death affects all of us, whether or not we were her subjects. 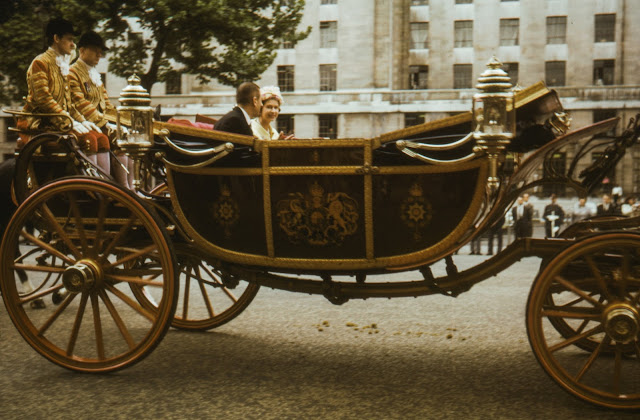 I saw her once, from a distance, long ago, as part of a parade held in honor of her mother's 80th birthday.  That event has stayed in my memory, and fueled what was already a bent toward Anglophilia.  My love of England's literature, history, customs, and quirks didn't extend to viewing royal weddings or reading gossip in the Daily Mirror.  But it's impossible to have lived for over 60 years and not be aware of the Queen.

What Queen Elizabeth seems to have admired most – and what she gave her great energy and intelligence to accomplish – is service.  She pledged herself in service to her country when she was very young, and she kept that promise.  If she had had her choice, she would have lived a much quieter life in the country, enjoying her horses and dogs and family and friends.  But she wasn't given that option, and she seems to have bravely and resolutely accepted the responsibilities placed on her.

I think this tribute article from the BBC is quite wonderful.  It concludes with the accolade:

... character alone drove her reign....  Her character reflected much of what Britons like to think of as the best of themselves; modest, uncomplaining, thrifty, intelligent if not intellectual, sensible, feet-on-the-ground, unfussy, a dry sense of humour with a great big laugh, slow to anger, and always well-mannered....  It was her life and her work to be the best of Britain.  This was the service she gave.

Receive your eternal reward and rest in peace, Queen Elizabeth.