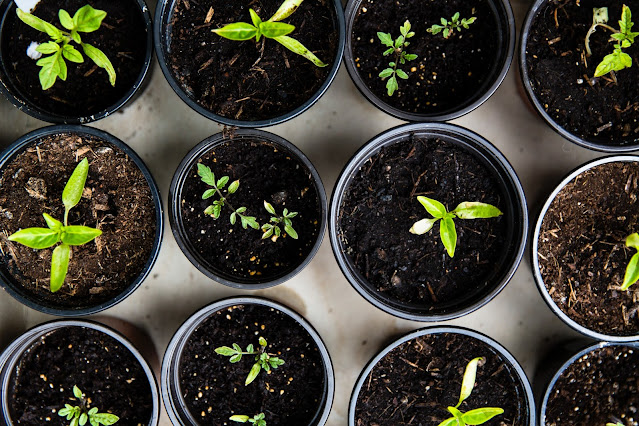 Essayist Ben Mikaelsen posed this question which is worth thinking about:

Whatever I'm doing, every minute of every day, if everybody in the world were doing the same thing, would it be a better world or a worse world?


The example Mikaelsen shared was about littering.  If no one is around, and you toss a used gum wrapper on the ground, who's to care?  Why does that matter?  Well, if 7.5 billion people around the world all did the same thing, it would produce a landfill's-worth of garbage.
It seems like a small act, but it isn't.

On the other hand, if you smile at a stranger, maybe it momentarily lifts his mood, but otherwise it's not a big deal, right?  Well, if everyone decided to smile at strangers, we'd create bridges of understanding and peace all over the world.  That small act, repeated by all of us, would change everything.


I often feel that my efforts to do good in the world are so puny they make no difference.  Sure, I recycle, I use cloth napkins and natural cleaning supplies, I never forget my reusable bags, I combine errands so I don't make a bunch of little car trips.  I try to keep an open mind and be generous with my time and resources.  I pray for others.  I apologize when I need to.  I give lots of hugs.  I read to my grandsons, and tell them they're kind and smart and lovable.

These are tiny, tiny actions.  And what good are they, in the big scheme of things?


I also convince myself that my negative actions don't have large consequences.  When I get in an argument, or cut someone off with my car, or fail to keep a promise, or waste time scrolling on Pinterest, what's the difference?  At most I'm affecting myself and one other person, right?
This is where Mikaelsen's question really hits home.  If everybody in the world were doing all of these things, would the world be a better place or would it be worse?  If seems pretty clear that small angry, selfish, unreliable, and unproductive actions, multiplied by billions, would ruin everything.

We humans have tremendous potential to destroy ourselves and the world we live in, but we also have the magnificent ability to make it a wonderful place.  Perhaps my positive actions don't yield much by themselves.  But together, each of us choosing to be our best selves is momentous.

If you think you are too small to be effective, you've never been in bed with a mosquito.