One Crucial Step Toward Success, and How to Take It

By Karen Trefzger
You can change your habits for a better future.
Last year, I decided I wanted to change my habits and cut added sugars from my diet.  I don't have Type 2 diabetes, but it runs in my family, and my fasting blood sugar numbers have been inching up.  At the time, I had two young grandsons and a third on the way, so I had incentive to prevent that disease.

Can I tell you something?  Making a "decision" to do something is not the same as doing it.  It might seem obvious, but without action nothing happens.  Nothing changes until we do – and I haven't.

There may be no more important action in life than getting started. 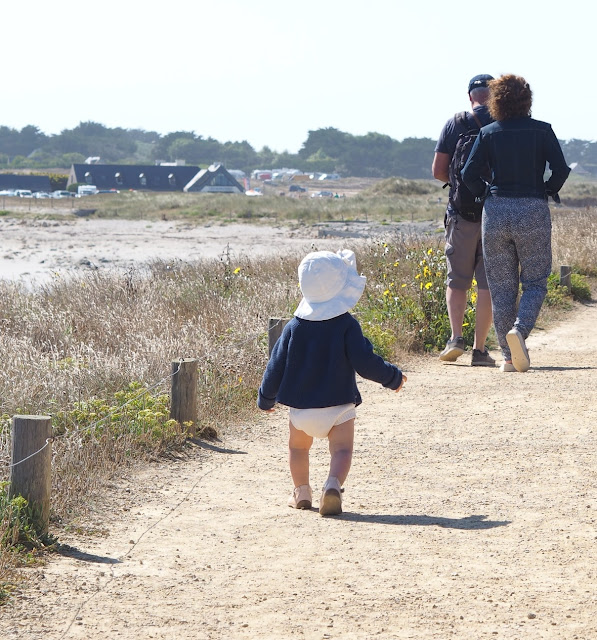 and declutter 100 items (or more) in just one hour!

So what's the problem?  What holds us back?

3 reasons we hesitate to begin

1.  We worry that other people are already doing it better than we can.

I spend a lot of time criticizing myself and feeling like I don't measure up to some "ideal."  Do you do the same?  I think it's a default behavior for many.  We turn everything into a competition, and imagine that we are the losers, even though we have no evidence of that.

Perhaps there are plenty of other people doing great things, but there are billions of people in the world.  There will be those who can benefit from what you have to offer.

Never forget that you are unique.  Your combination of talent, personality, and experience is singular.  Whatever you do, it will be with your distinctive flair and different from what others are doing.  You definitely have something to contribute.

I stumble over this worry all the time.  I want to figure everything out before I take a risk.  I want to know exactly how I'm going to proceed. But that isn't how the real world works, is it?  Great ideas and innovations most often come through trial and error.  For example:

We're human and we want to be accepted by others.  So we don't want to look bad and we don't want to be laughed at.  We want to feel safe.  But that desire could keep us from ever attempting anything.  Think about it.  Little children wouldn't learn to walk, talk, feed and dress themselves, or use the bathroom if they were primarily worried about never making a mistake.

So we have to be brave and take the risk of doing it wrong.  According to author Alex Mathers, "You will never avoid making a mistake.  But mistakes add color to work anyway.  People want real, not robot."

3.  We're not sure of our commitment.

An opportunity presents itself and it sounds pretty good, but we're busy with a bunch of other things.  Do we really want to make the effort?

This is a legitimate concern and worth some deliberation.  If you aren't clear about your main priorities in life, you may be giving time and attention to activities and goals that don't line up with what you care about.

Mark Twain said, "The two most important days in your life are the day you are born and the day you find out why."

You need to figure out who you want to be and what you care most about accomplishing because you only have so much time and attention to give.  Once you know, don't hesitate to start on a project that does align with your life priorities.

Minimalism can be a way of life that provides more time, energy, money, focus, and freedom to pursue the things that matter to you.  By figuring out what is essential you can remove everything that distracts from it.

So if there's something you've been wanting to undertake – a new habit, a new project, a new direction – don't just think about it and don't just talk about it.  Begin.

and declutter 100 items (or more) in just one hour!

July 08, 2022
Self Improvement Success Why Minimalism?

6 Questions to Ask Instead of "Does It Spark Joy" 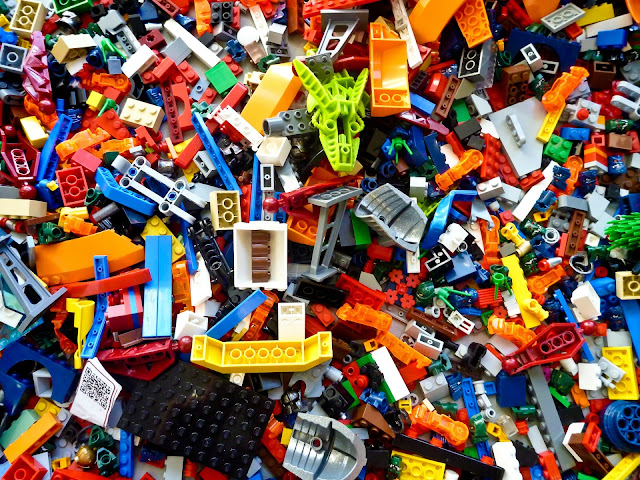 Updated July 2022 - What if too many things "spark joy?"   Sometimes it feels like we declutter nonstop, but we’re never finished.  Piles of mail, delivery boxes, and store bags bulging with our latest finds keep coming through our doors.  Collections of foot-stabbing little toys and glitter-covered art projects multiply.   Marie Kondo’s world-famous book, The Life-Changing Magic of Tidying Up, has sold millions of copies, yet it seems many of us are as engulfed by clutter as ever.  We talk about decluttering, but how many are getting clutter-free and staying that way? Related article:   How to Make Decluttering Decisions Kondo had a brilliant insight when she realized that if we declutter by category, rather than by location, we're able to grasp the overall volume of our belongings.  Once we make a pile of all of our clothes, all of our books, all of our kitchen items, or all of our hobby stuff, we're astounded by how much we own , which may make it far easier
Read more 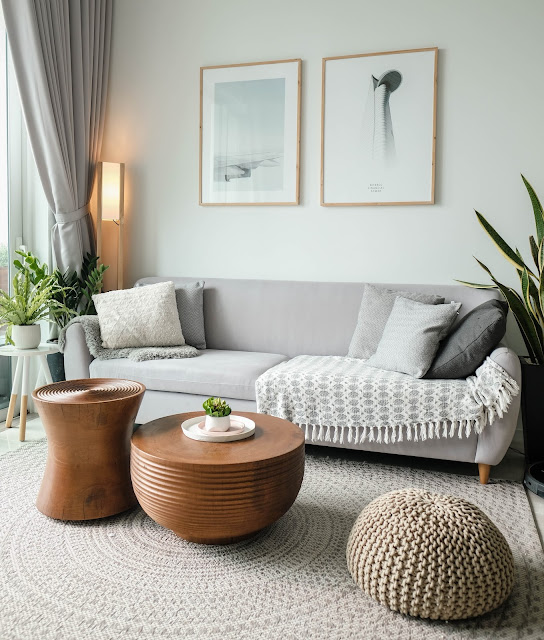 Updated July 2022 - What if you can't make time to declutter right now? When I began decluttering I had no idea of the time and effort it would take. I spent many evenings and weekends sorting through stuff I had accumulated in drawers, closets, and dozens of dusty boxes stashed in the garage.  Each item I touched required a decision – what to keep and how to responsibly donate or discard the rest. Every time I released an item, I felt lighter.  Keeping only my most useful and favorite belongings made me appreciate what I kept even more. Decluttering made a huge difference to my life, but it isn't what made the biggest difference.  Instead, a few simple mindset shifts brought me more peace and happiness at home and work – even before I launched my epic decluttering project. Even if you can't start decluttering right now, you can start living more simply . Short on time? Subscribe and receive my free printable The Declutter Dare and declutter 100 items (or more) in just one
Read more 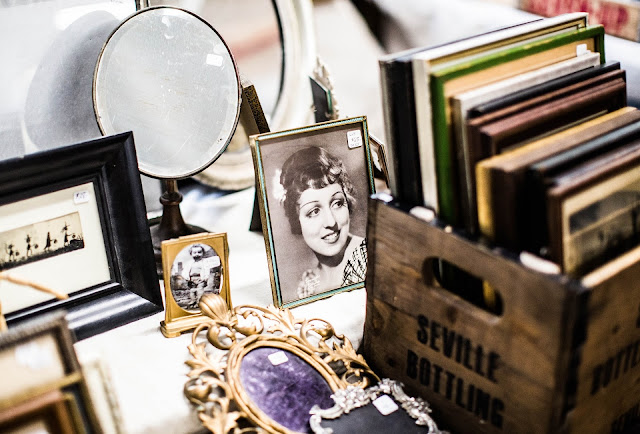 How to declutter. When I first started decluttering, I had no idea of the time and effort it would take.  (I don't think I realized how much extraneous stuff was squirreled away in my home!)  It was like getting ready to move house, except I had to make decisions about whether or not to keep each item.  Pretty soon, I started getting bogged down.   I wish I had known then what I know now. Want a kick start to decluttering? Subscribe to receive my free printable The Declutter Dare and declutter 100 (or more) items in just one hour! If you've decided you want the space and freedom of an uncluttered home, you'll be happy to have ideas on how exactly to start reducing what you own.  The good news is that there isn't just one way to go about this task.  You're facing a large project, but there are multiple strategies that could work for you.  Here are ten tried-and-true possibilities.  1.  One-a-Day Make or buy a small calendar and mark each day as you remove one unn
Read more 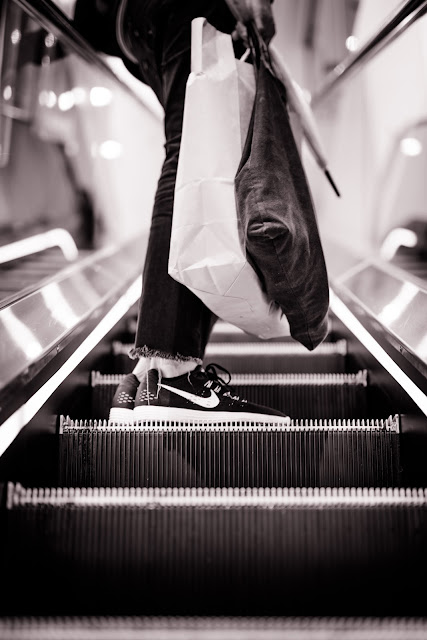 Updated July 2022 - To declutter once and for all, start here. A friend asked me to help her clear her clutter, and as I walked into her house I thought of that statistic which says that the average American home contains 300,000 items . That number seems impossible, but this house made me a believer. There are a lot of ways to begin decluttering, but the tower of delivery boxes and shopping bags in my friend's entryway gave me a clue about what might be most important for her. Maybe it's the most important step for you too. The essential first step You aren't going to succeed at decluttering unless you take a hard look at your consumption habits.  That's because decluttering is as much about what comes in as what goes out. The best way to clear clutter is to reduce what you bring in . Decluttering takes commitment and discipline, and a good way to begin developing both of those qualities is with a spending fast .  You need to stop buying everything except necessities:
Read more

These Oldies Still Have the Goods: Revisit Them for New Inspiration 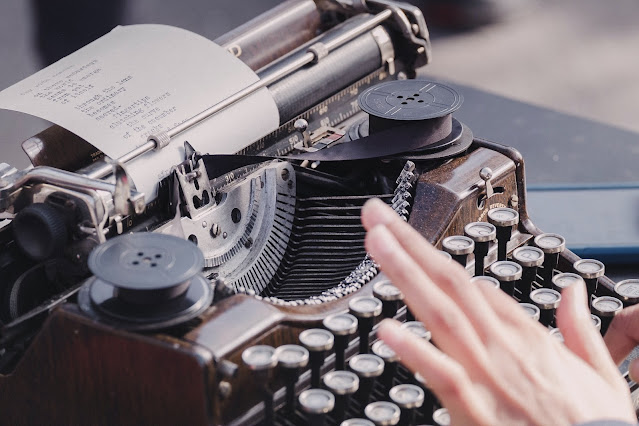 Pave the way for clearing clutter, change your mind for more peace, and make the world a happier place - it's all in this roundup of posts. At least 350,000 words – that's about what it comes to.  Over 400 posts, not to mention over a dozen books. It continues to surprise me that I have written so much.  Some of you have been here for all of it.  Thank you. Back in November 2018, when I published my first post, I knew very little about blogging.  I'd always been a writer in various ways, and particularly enjoyed writing essays from a personal point of view. (I can hear my brother saying, "What a weirdo.  Essay writing?  Are you kidding me?! ) And here we are today, nearly 45 months later, on post number 406. This one's a little different. Even though I continue writing about decluttering, minimalism, gratitude, and other values of a simpler mindset and lifestyle, I work hard to create new content with fresh insights and ideas. But sometimes it's good to revisi
Read more