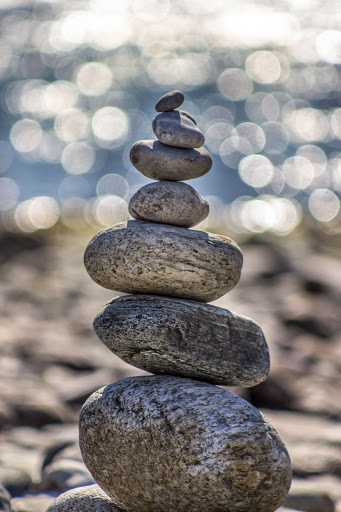 It's not just the current and seemingly insurmountable political divide in America – human beings are really prone to extremes.  In education, for example, the pendulum swings all the way from rote or programmed learning on one side (boring, but easily facilitated by computers) to discovery-style, discussion-based, hands-on learning on the other (which leads to deeper thinking, but may leave students light on concrete facts).  In another circumstance, we have hoarders on one side and location-independent, live-out-of-one-backpack proponents on the other.

The challenge is always to find a compromise which takes the best of both approaches (as in education), or a happy medium that meets the needs of the majority of people (as with minimalism, which seeks to meet essential needs and a few strongly-desired wants without excess).

When it comes to work, I think most of us fall into one of two extremes:

Either way, we're dissatisfied with the results, and feel stressed and depleted by work.
I'd like to propose a solution to both groups of people:
Work less.
What would that entail?
Now I know that not everyone falls into one of these two extremes, and that not everyone can change the number of hours they work.  But now that so many of us are working from home, I think this concept is useful.

The "Work Too Hard" Group

This is the group I tend to fall into.  I try to get everything done, and I hate leaving anything unfinished.  When I work, I work very long hours with very few breaks, because I'm trying to get it ALL done.  Of course, at some point exhaustion takes over, and the quality of my work slips, and I'm forced to stop.  But I feel like I haven't done enough.  I often feel like that, even when an objective observer would say I've made a ton of headway, or that they can't believe how much work I've churned out.
So working less doesn't seem to fit my MO, even though I recognize that I sometimes work too hard and rest too little, and that my work sometimes takes over the rest of my life.
Working less would mean reducing the number of projects I undertake, which means I need to focus on higher priority tasks.
So if I could work for only two hours today, how would I spend my time?  And what would I do with the rest of the things on my to-do list?
When I ask myself these questions, my priorities become clearer, and I might figure out that some of my jobs can be done more efficiently, done by someone else, or are unnecessary and can be eliminated.
Then I could focus on the one or two things I need and want to pay attention to.  At the end of the two hours, I could feel pleased and victorious, because I accomplished important things.

The "Procrastinate Too Much" Group

I've noticed that many people tend to fall into this group.  They seem to be prone to distraction, and can spend a lot of time on rather mindless pastimes, even when there are more important jobs that need to be done.  Of course, as a workaholic, it's easy for me to judge people who fit this profile, yet I also realize that this group feels a lot of guilt about the time they waste.  Maybe they feel that the "work less" philosophy shouldn't apply to them, because they think they don't work enough as it is.
Guilt can be a time-waster too, and can actually keep you from accessing your abilities in order to do your best work.  Guilt won't make this situation better, so let's toss that and try to start fresh.
With that clean slate, what should someone who tends to procrastinate do with his day?  What would give him a feeling of victory and accomplishment?
If you fit into this group, "work less" means working fewer hours, but with more focus.  Rather than avoiding tasks and wasting time, cut back on the number of hours you work, and be fully committed during that time.
A concept called Parkinson's Law (after the British historian who wrote about it) states that "Work expands to fill the time which is available for its completion."  In other words, the more time we allow for a task, the longer it will take to complete it, even if it could have been finished in a shorter time.  Students and building contractors often exhibit this behavior, but it can be a problem for anyone.
So you don't want a deadline for a task that is too generous or too open-ended.  Ask the same question that the "work too hard" group asks:  If you were to work only two hours today, how would you spend that time?  Which tasks are most important to accomplish?
Once you've determined those jobs, set aside the time, block all distractions, and pour your attention and energy into the work.  If it helps, work in 25 minute chunks, with a five minute break (to make a cup of tea, perhaps, or to take a quick walk or do some stretching).  This gives you a chance to recommit and refocus several times during your work period.
The point of this is not to make yourself feel rushed, or to do shoddy work because you truly haven't allotted enough time.  Setting this artificial two-hour deadline is just a way to let you home in on your most crucial assignments.  When you work fewer but more focused hours, you accomplish more and do higher-quality work because you're bringing all of your talent and attention to bear.
For both groups, working fewer hours not only lets you accomplish valuable work, but leaves you with more time for true rest and recreation, and for meaningful connection with others.  That's a victory for everyone.
Photo by Deniz Altindas on Unsplash
August 17, 2020
Busyness Coping with Covid-19 Mindfulness Self Improvement 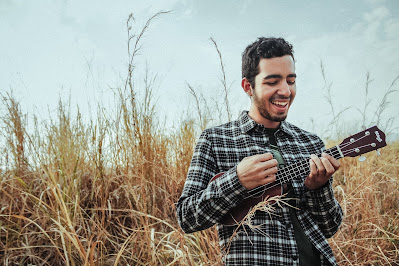 The Bible says, "Do not worry about tomorrow" (Matthew 6:34). But I've always been a worrier.  Perhaps it's part of being an introvert.  And as the oldest child, I was never able to follow in anyone's footsteps; I always felt like I was heading into "unknown territory" alone, with no one to ask questions of or rely on.  Maybe I was being fanciful (or maybe it was part of my "worry first" personality), but it made me feel that I had to anticipate and figure out everything ahead of time so I wouldn't mess up.  It made me pay attention to details and become a problem-solver, but it also made me a nervous perfectionist. Holocaust survivor Corrie ten Boom said that worry doesn't solve the problems of tomorrow, it simply deprives us of energy for today.  A University of Cincinnati study showed that what we worry about happens less than 15% of the time, which means we're letting our positive energy be drained for very little purpose. When
Read more 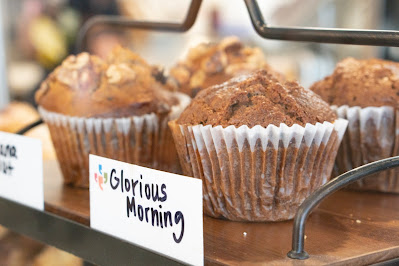 We all long for self improvement.  Sometimes we have a dream:  "I want to write a book."  "I want to run a marathon."  "I want to retire at 55."  Other times, something triggers a desire for change.  We eat a big holiday meal, or step on the scale after a vacation, and think, "That's it!  I'm losing 30 pounds!"  Or we babysit our grandkids or help someone downsize and move to another state, and we realize "Wow!  I'm really out of shape!  I'm going to start exercising every day!" There's no reason to doubt our motivations.  The problem with creating a new positive habit is not that we have no resolve.  We really mean it when we decide in December to start going to the gym three times a week in the new year.  Our intentions are sincere.  But gyms are pretty empty by the end of February. The problem for most of us isn't starting a new habit.  It's maintaining one. I remember learning to type (back in the "o
Read more 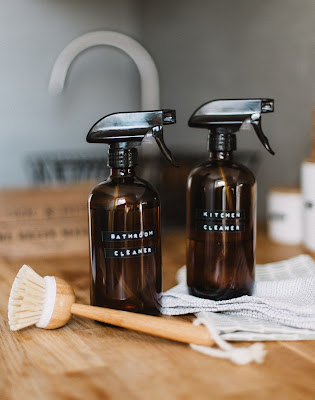 Once you've gone through a major decluttering event, you may think you're done.  You've achieved minimalism!  But minimalism is not the process of decluttering; it's a lifestyle.  You need to change your habits in order to retain your newfound lightness and freedom. We're real people.  We work, we socialize, we have hobbies and husbands and kids.  Stuff enters our homes every day, and if we have no system for dealing with it, clutter will reappear.  So part of the minimalist lifestyle is learning to be a gatekeeper, to keep stuff from once again overwhelming our lives. How can we do this? 4 Simple Maintenance Tips 1.  Don't just put it down – put it away. Use the old adage "A place for everything and everything in its place."  As you declutter, you need to make a home for each item you need, use, and love. Although the two are often confused, organizing, by itself, isn't the same as decluttering.  If we simply organize stuff in boxes and bins, we m
Read more

What My Kids Taught Me About Decluttering 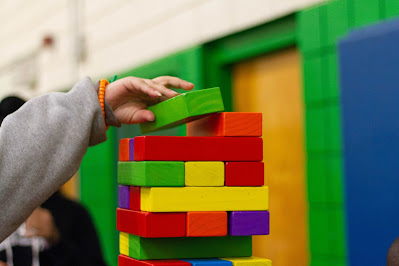 Maybe you've made some headway decluttering your own belongings – your clothing, shoes, books , grooming items.  And you can usually clear a few other areas without too much consultation – excess linens, duplicate kitchen items , the contents of junk drawers.  Even removing some unloved wall art or the sagging old couch crowded into the back bedroom may not require discussion or debate with other members of your family. And then there's the kids' stuff. Outgrown (but still in good shape), torn, and stained clothing is (hopefully) something you already donate or discard, and your kids don't care.  But once children hit the age of 4 or 5, you realize that you need to have a little respect for their belongings.  Those millions of toys scattered over the house won't tidy themselves, but if you cavalierly discard some of them you're going to get some pushback.  So you need to involve the kids, and teach them to declutter. Here's how that might work: Sit down at t
Read more