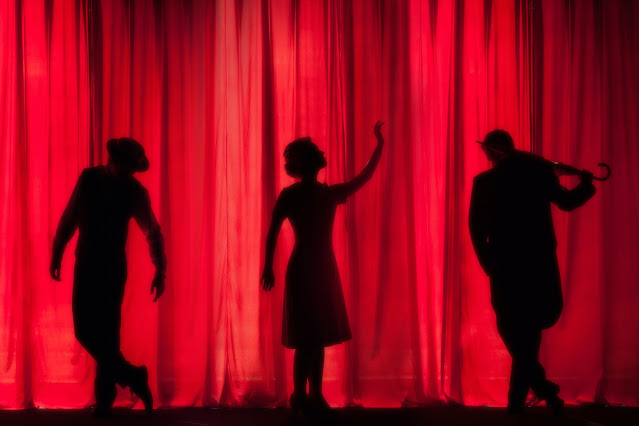 As I ate my fourth oatmeal berry cookie I felt a little over-full, but it still tasted good, so I kept chewing.  Later I was sorry I hadn't stopped at two, the way my husband Jon did.

I don't bake cookies myself.  I don't even keep flour and sugar in my house.  These cookies were from a bakery.  But by eating any of them, let alone four large ones, I was betraying my resolution to cut down on sugar and simple carbohydrates in my diet.  The same was true when I helped Jon polish off some chocolates given to him by a student on Valentine's Day, even though we had decided not to buy any candy for each other.

I talk about healthy eating, and sing the praises of vegetables and lean protein, but I don't always do a good job of living up to my ideals.  I'm a hypocrite.

Or maybe I'm just a fallible human being slowly trying to improve myself.  The original meaning of the ancient Greek word "hypocrisy" is "acting on the stage, playing a part, pretending."  All of us do it.  We all sometimes feel or think one thing while doing another.  And hypocrisy is not always bad.

Don't believe me?  Consider these scenarios:

Each of these people is acting a part.  All of them imagine an ideal self which they will try to become.  They will have varying degrees of success or failure.

This isn't artificial – it's the way we create ourselves.  Human personality isn't static or predetermined, thank goodness.  It's changeable and interactive.  We are all actors playing a series of roles.

In fact, we may behave differently depending on the people we are with.  I may act one way with my mother-in-law, another with my girlfriends, and still another with my husband.  With some people I might be conscious of wanting to make a good impression; with others I may wish to exert authority.  This just shows the truth of philosopher Colin McGinn's assertion that "personality [is] not a given but a choice, not determined but free...."

We are what we make ourselves.

But first I had to imagine that person.  In order to take on new character traits, I had to intentionally become someone else.  McGinn says, "It is a transformation involving imagination; [just as an] actor imagines herself as someone else."

That young woman dressing for her interview is imagining herself as the poised, well-qualified applicant who will be offered a good job.  The tired and overworked intern imagines himself as the knowledgeable, reassuring doctor whom patients will trust.  The woman visiting her father imagines that they still share a relationship of love and respect, and for her this is true.  Each of these people has an audience and a chosen role, and the longer they play the role the more perfectly they will portray it, until they are completely transformed.

All of them are using imagination to create reality.

What does this have to do with minimalism?  Minimalism is the intentional choice to reduce belongings and busyness in order to make room, time, energy, and funds for what really matters to us.  Maybe you aspire to minimalism.  But as you look at your living room, office, kitchen, or playroom, or at your calendar and schedule, what you see today might not look very minimalist.  Maybe you see piles of clutter and too many commitments.  Maybe you can admit to a shopping habit, a social media addiction, or a pattern of procrastination.

Choose a new behavior and start studying for your new role today.

Want more?  Resolutions that Work and Beyond Failure

Photo by Kyle Head on Unsplash